Do you really know how to ride a bike?

Recently I approached someone who had shown some slides in a presentation. The slides weren’t very good. Don’t get me wrong, in that situation I don’t go in all guns blazing: “Your slides are crap. I can make them better.” No, I’m much more polite and subtle than that. I always tell people that I think that their presentation could be made more effective.

So, I said something like this and the response I got was, “My VA does them and they are fine. She knows how to use PowerPoint.”

OK, no problem. If someone really thinks their slides are fine then I’m not going to spend too much time trying to dissuade them from that view.

It’s a bit like riding a bike. When you were a young child and had never ridden a bike, you probably thought you knew how to ride a bike. It couldn’t be easier. You sit on a saddle, put your feet on the pedals and move your feet round and round. Then, like all of us, you fell off a few times before you learnt from your Dad or Mum that there was more to it than that, like balance, control and co-ordination. 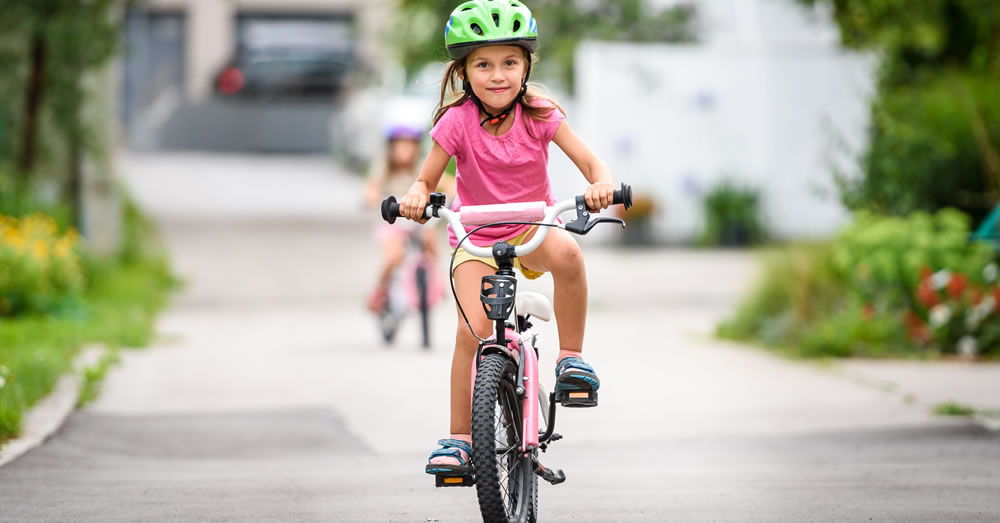 Eventually off came the stabilisers and you were up and away. You really knew how to ride a bike.

One of the things I do is to help people get really competent at using PowerPoint so that they are producing presentations that work for their audience and, of course, ultimately work for them as well because they are more engaging and effective.

I can also teach people advanced techniques, taking things to the next level and the bike analogy comes in handy again there.

A couple of years ago I had the opportunity to ride around the London Olympic velodrome on a track bike. Anyone can do it – here’s the link if you want to give it a go.

The thing is, you have to learn a whole new bunch of techniques and unlearn one very important thing. The track bikes are built specially for use in the velodrome. They have no brakes and no gears. To stop the bike you just have to slow down the pedalling and put a kind of backwards resistance on the pedals. It takes a while to slow down. The only way to stop almost instantly is to crash! But the most difficult thing of all is that the bikes have no freewheel. That means you can’t stop pedalling. It’s such a normal thing to do on a road bike that you naturally try to do it when you’re on the track. An uncomfortable jolt very quickly tells you that was the wrong thing to do! 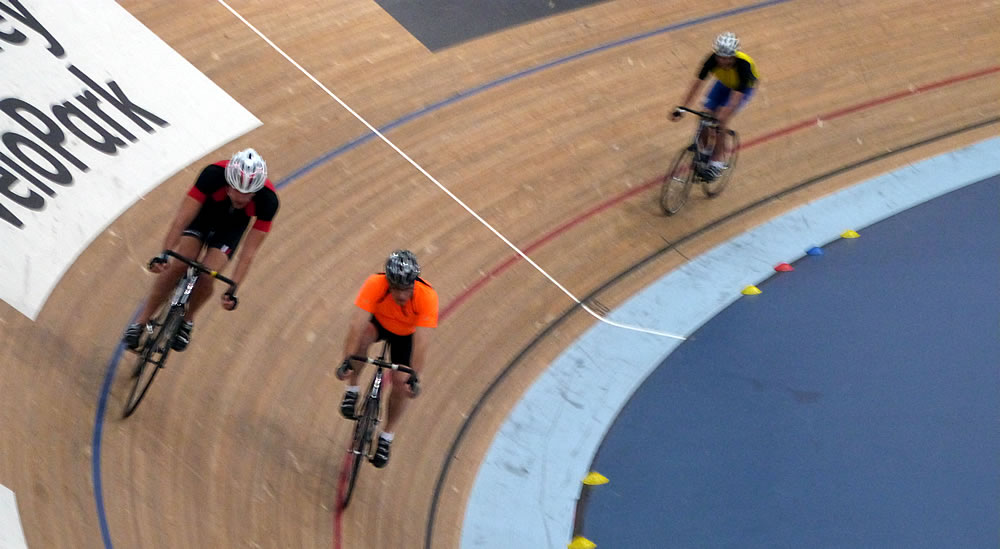 I’m the one in the bright orange top, speeding around the London Olympic velodrome.

I’ve been to the velodrome twice now and, whilst it is great fun, I wouldn’t claim that I really know how to ride a track bike. It’s going to take a lot more practice and teaching before that happens.

And the same applies with your presentation. If you want to become really good then you can, but, like riding a track bike, you’ll have to learn a few new things and almost certainly unlearn things you thought you already knew. Let me know if you want to find out more.