I learnt something new (and simple) last night

Last night I was at a networking meeting at the offices of one of the country’s biggest business organisations. There were three short presentations given by senior people and in all three cases, their slides sucked!

I’m not going to mention the name of the people or the organisation but it amply illustrates the point that anyone can give a rubbish presentation.

We had the following two choice phrases:

“Apologies if this is a bit rough and ready” and

“You probably can’t read this but what it says is…”

All of the presentations used a white background with black text and they all used the default font, Calibri.

Boy, do they need some help!

However, these things actually turned out to be irrelevant because there was one thing that trumped them all. There were no seats in the room so the audience had to stand for the 45-minute duration of the presentations. And because we had to stand, those at the back of the room couldn’t see at least two-thirds of the screen.

Here’s my view of the evening’s proceedings. 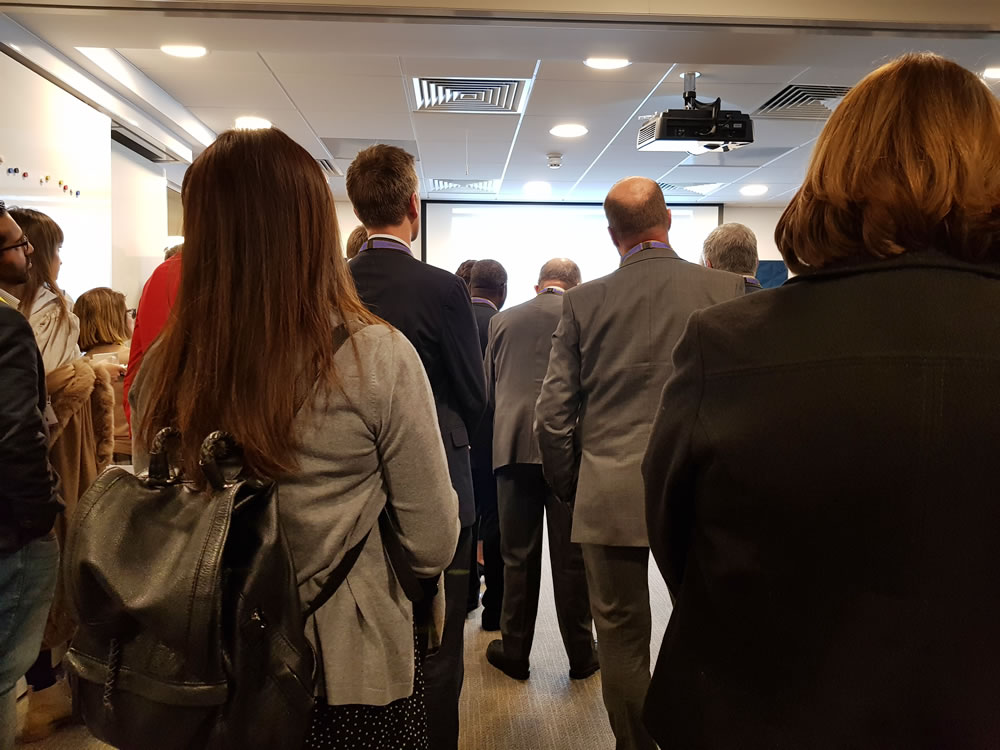 If you were giving a slide presentation, you might assume, as indeed would I, that the audience would be sitting down. Seats would be provided as a given and everyone would be able to see your slides.

Well I learned a new lesson last night. Don’t take anything for granted – even seats! It doesn’t matter how good (or bad) your slides are, if people can’t see them then it’s a complete waste of time and money.

One more thing for my pre-event checklist!