Other ways of using PowerPoint – As a teleprompter

As I pointed out in this blog post in October, PowerPoint can be used for things other than for speaking. And I promised I would expand upon some of these, so here goes.

The first usage I want to cover is still concerned with speaking. It’s inspired by people who tell me that they only use PowerPoint as a prop, and I hear that a lot! 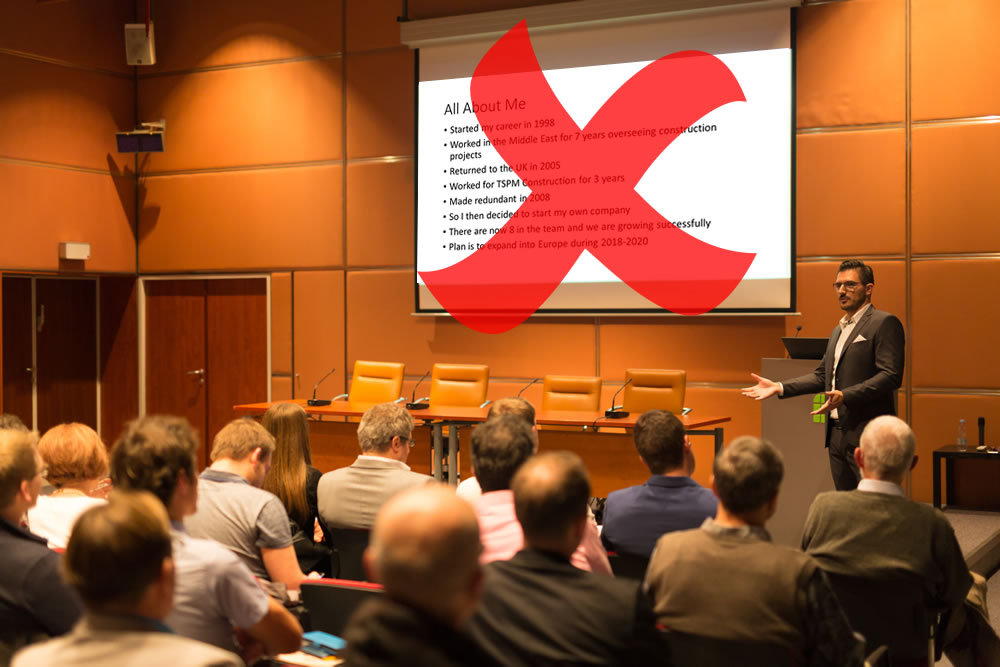 They only use PowerPoint to help themselves give the talk not to help their audience. This invariably means the slides are full of text – usually most of the speaker’s script! As I’ve said many times before, your slides are there for your audience only. In fact, I want to change the oft-used phrase ‘speaker support slides’ to ‘audience-support slides’ (although not as an acronym!)

So, what would I suggest to people who want to use their PowerPoint or indeed Keynote slides as a prop? I’d say, no problem, go ahead and produce your slides. Don’t worry about the design, don’t worry if there’s too much text on the slide. In fact, break as many rules as you want.

Have I gone mad?

No, because there’s one very important thing that they should do (or rather, shouldn’t do) when presenting at the venue. I’m more than happy for the speaker to use their slides as a prop, effectively as their speaker notes. What I don’t want however, is to see their notes on the screen.

If you want to use your slides as a prop, simply don’t connect your laptop to the projector. Put the laptop on a table where you can clearly see it and refer to the points on the slides to help guide you through your talk if you need to do so.

If it helps you to deliver a better talk then I have no problem with that at all and at least you won’t be subjecting your audience to the coma-inducing ordeal of having to read your slides on the screen.