The Slide Blog | Hints and tips

A bouncing ball animation (and other stuff)

A question arose after one of my workshops recently about how to do a bouncing ball animation. I met with Andonella Thomson, who posed the question, to run through it with her. 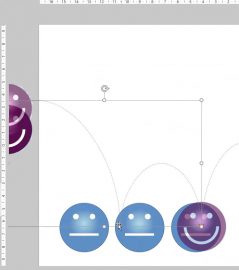 I don’t want to give the impression that I’m obsessed with beer in my blog pages but there have been a couple of posts that have featured said elixir. The first was the filling Guinness glass produced for Phillip Khan-Panni and the second time was the creative chart using different sizes of beer glass. Someone who saw both suggested to me that it would be great to combine the two – in other words, produce a ‘bar’ chart like the one in the second image but with the glasses filling up. ‘How difficult could that be?’ I asked myself. Actually, trickier than I first thought. 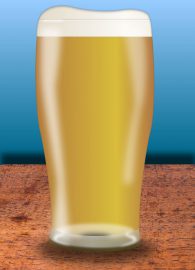 When should I use slides?

Sometimes people struggle to know if they should or should not be using slides. They often use slides when they shouldn’t do and sometimes they give a talk without slides where a slide would be really useful to help with some of the points they are making.
This video explains all about RICE, a handy acronym to help you to determine if you should be using a slide to get your message across. 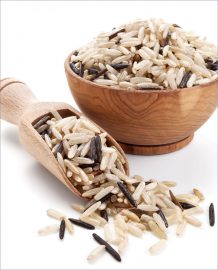 Having someone else operate your slides

On occasions I have seen people present and have an assistant operate their slides for them.

I think it’s a great idea if it’s done right. To me, that means making it seamless so that the audience isn’t even aware that someone else is involved. I don’t like it when the presenter has to keep saying “Next slide George please.” It breaks up the flow of the presentation and it would be much better if the speaker was to use a remote control to move the slides on themselves. 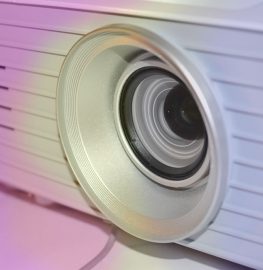 Want to avoid this feeling? Then rehearse, rehearse and rehearse some more

If you’re presenting with slides, then you need to make your presentation as seamless as possible. It should appear totally natural and the slides should complement what you are saying. You should know what’s coming next so that you don’t have to look round at the screen or even too much at your laptop. And the only way to do that is to rehearse. And then rehearse again. And again. 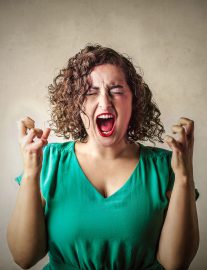 PowerPoint is, of course, a presentations program and that’s what it should be used for. But there is one thing that PowerPoint is surprisingly good at and that is producing clear and high-quality video. 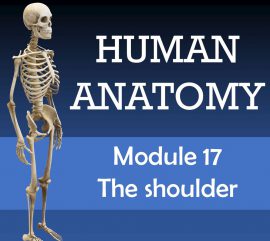 Getting creative with data

The chart tools in PowerPoint and Keynote are very powerful and quite capable of producing perfectly good charts. But if you want to differentiate your presentation, not to mention make it more memorable and therefore more effective, why not try getting creative with data? 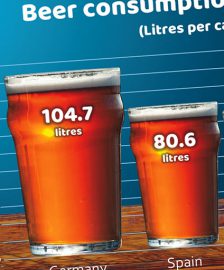 One of the newest features of PowerPoint is the ability to bring in 3D models and manipulate them. It can be a really useful feature especially if you want to show off all the attributes of a product for example.

In this video clip, I have produced a title slide that shows simply how to bring 3D models into PowerPoint and use the morph transition to move them on screen. 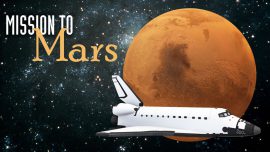 Other ways of using PowerPoint – As a teleprompter

As I pointed out in my blog post in October, PowerPoint can be used for things other than for speaking. And I promised I would expand upon some of these, so here goes.

The first usage I want to cover is still concerned with speaking. It’s inspired by people who tell me that they only use PowerPoint as a prop, and I hear that a lot! 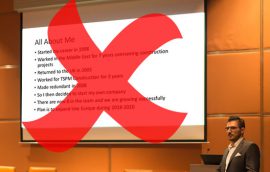 I learnt something new (and simple) last night

Last night I was at a networking meeting at the offices of one of the country's biggest business organisations. There were three short presentations given by senior people and in all three cases, their slides sucked! However, this actually turned out to be irrelevant because there was one thing that trumped them all. 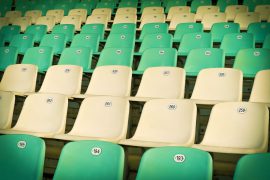 Using the morph transition in PowerPoint 2016

The morph transition is a really neat facility added in to PowerPoint 2016. It's very simple to use. But of course, it’s also dangerous. It would be really easy to get carried away using the morph transition, adding morphs left, right and centre without any purpose or direction. As with anything in your slide presentation it has to achieve one or more of the RICE aims. 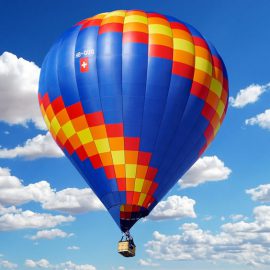 You may often have heard presentation material referred to as speaker support slides. I’d like to dissuade you from that way of thinking and instead, encourage you to always think of them as audience support slides.

Your slides are there to help your audience not you. Never use slides as a crutch or an aide memoire for your own purposes. The use of slides throughout a presentation may well help guide you through the speech but that’s not what they are for. They are there to make your speech more comprehensible to your audience and therefore get your points across in a more powerful way.

The acronym RICE is a handy way of determining if a particular point you are making could be made better with the use of a slide or graphic. 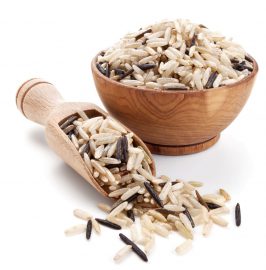 So I thought for my first blog on the website I’d help you to hit the ground running with a list of some of the most common mistakes people make when putting together a slide presentation. There’s probably a whole bunch more but I decided that 28 was plenty to be going on with! 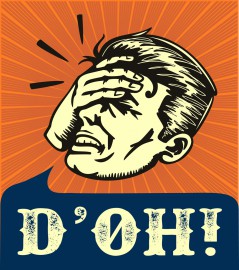 A bouncing ball animation (and other stuff) It’s OK if your slides suck The beer slide revisited When should I use slides? Before and after slide examples Having someone else operate your slides Do you really know how to ride a bike? The hardest PowerPoint presentation Want to avoid this feeling? Then rehearse, rehearse and rehearse some more Other ways of using PowerPoint – Producing video